Dancing In The Streets for SLIDESTREET!

Thank you to all that came out for our SlideStreet performance on the weekend. The uncertain weather had us a bit worried, but as 6:30 arrived so did lots of street dancers and Retro music fans! Our friend Emily joined us on stage playing the flute and singing harmonies on the MEN AT WORK song “Down Under”, and Crystal & Dave joined in on vocals on “Don’t You Want Me Baby?” by THE HUMAN LEAGUE. But the highlight for everyone, the band included, was when Luke took the lead vocal on the Canadian classic “Let Your Backbone Slide” by MAESTRO FRESH WES.

The band pulled one over on the unsuspecting audience when they started playing another Canadian Masterpiece “Magic Carpet Ride” by STEPPENWOLF. After one time through the chorus, they appeared to be having technical difficulties as the backing track started to glitch and stutter. The band looked around at each other horrified as they lived out their worst Milli Vanilli-esque nightmare, but then out from behind the stage stepped Luke, mic in hand announcing the battle cry that everyone fan of 80’s Hip Hop and Dance music  instantly recognized.

“THIS IS A THROW DOWN; A SHOWDOWN! HELL NO I WON’T SLOW DOWN!”

And the crowd went nuts. Halfway through the song the band brought back the Steppenwolf as a sample of the bridge vocals rang out: “Close Your Eyes Girl, Look inside girl, Let the sound take you away” before finally melding the tracks together for the last verse of Backbone.

Thank you to our wonderful supporters, all that came out to watch or dance in the streets, and especially to the SlideStreet organizers for inviting us to play.

Visit the SlideStreet website to see other photos and videos from the day. 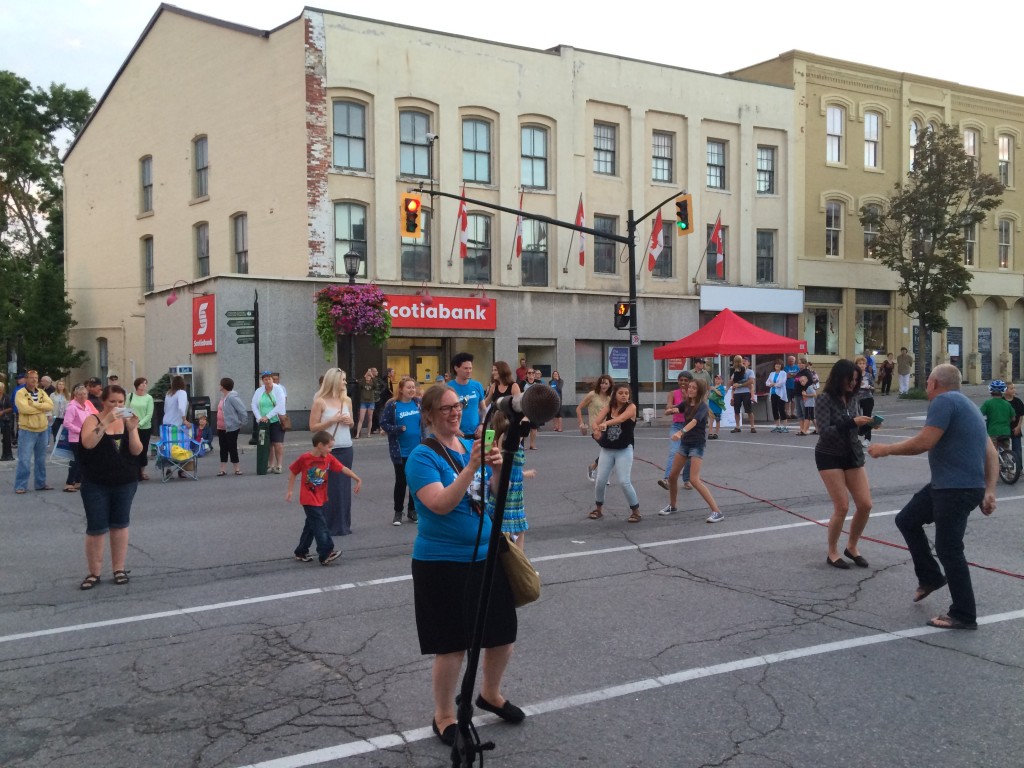