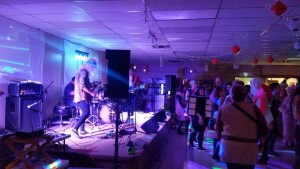 On Saturday October 31st Storm The Palace hosted our 1st Haunted Halloween Spooktacular! The event was sold out almost 2 weeks before the show and by the time the doors opened we had almost 150 trying to get tickets, messaging our Facebook page, phoning, and emailing this site. We were overwhelmed with the enthusiasm and the level of excitement that was displayed, both in the lead up to the show and at the dance itself.

After selling out, we tried to secure a the hall for Friday night as well, we tried o move it to a larger hall, we offered free New Year’s Eve tickets for anyone that had extra tickets so that some very excited people who didn’t have tickets could come, but all efforts came to no avail.

Despite having a singer with THE COLD FROM HELL, a sound guy who cancelled at 11:00pm the night before, and ridiculously long bar lineups the costumed revelers danced from song 1 to song 32. Some of our favourite costumes were Ripley from the Alien Movie, Randy “Macho Man” Savage, Ghostbusters, Pee Wee Herman, lots of Slash & Axl’s, 2 Freddie Mercury’s….too many to remember them all. Thanks to Dave & Diana for capturing so many of these great get-ups in our photo booth. Go HERE to see all the photo booth pictures. 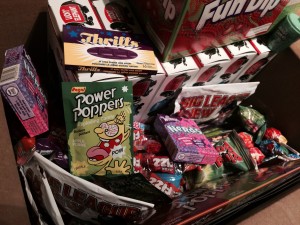 We thank you all for spending your Halloween with us. We also need to acknowledge the hard work of Crystal, Michelle, Heather, Mel, Ashley, Jenn, Robert, and the Lion’s Centre Staff for making everything happen.

Thank you to Melissa’s Bowtique, PharmaSave and Long & McQuade Cobourg for selling tickets for us. 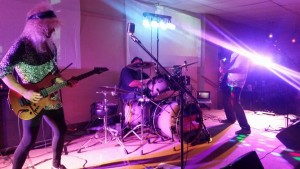